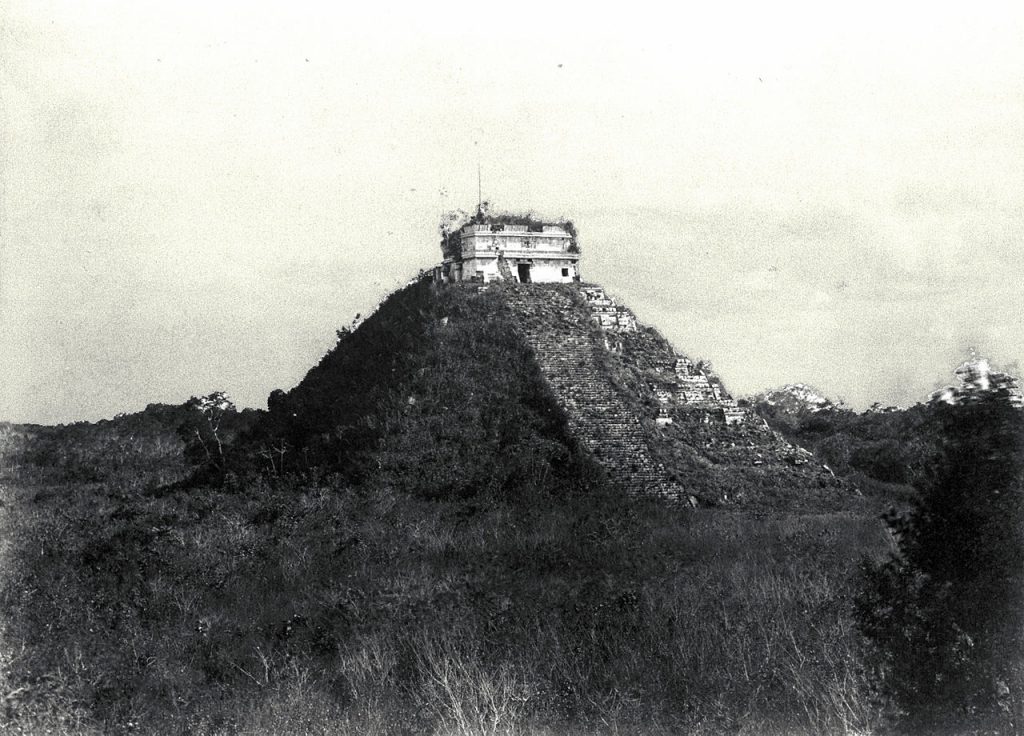 The History of Chichen Itza reflects a glorious past, typical of a ceremonial center where most of the life of a civilization took a decisive course.

The archaeological site of Chichen Itza was a Mayan city from the period between the years 525, when it was founded, and 1,200, when they fell into a rapid decline and Mayapán became the new Capital. Its name means “By the well of the Itzá people” in reference to the Sacred Cenote that is in the area.

The pre-Hispanic city of Chichen Itza was the most important capital of the Mayan area at the end of the Classic period and the beginnings of the Postclassic period.

Towards the end of the 10th century, the city was invaded by a predominant warrior tribe: the Toltecs. This last invasion brought with it a new series of cultural elements, highlighting the representation of the serpent-god Kukulkán. By the year 1250, the city was abandoned for reasons not entirely determined. So great was the power of this city that centuries after its decline it was still a place of pilgrimage, and even around 1540, when Francisco de Montejo, the founder of Mérida, thought to raise the capital there.

Chichen Itza reached an area of 25 km²; the religious, cultural and administrative center covered about 6 km ². Within a short distance of it, the elite lived in palace-like buildings, carefully decorated and painted in bright colors. Around these, in green fields, lived between 50 thousand and 100 thousand people in palm roof palapas.

The Sacred Cenote Chenkú (Cenote of sacrifices), was the heart of the religious activities, not only of the city of Chichen Itza but of the whole Mayan zone. It was a cult of the god of rain, Chaac.

Objects of gold, jade, copper, cloth, and basketry have been extracted from its muddy bottom, which apparently thrown off as ceremonial offerings.

The Sacred Cenote Chenkú is almost circular, with an average of 60m in diameter. The surface of the water is 22m from the upper shore and has just over 13m of depth in the central part, where the bottom is muddy. It contains a volume of water of approximately 23,000 cubic meters.

In Old Chichén, the area near the Sacred Cenote Chenkú, there are buildings of typical Mayan architecture, without a mixture of foreign influences, such as the temples “Cuatro Dinteles”, and “Tres Dinteles”.

There is evidence of an almost uninterrupted occupation in the current area of the archaeological site of Chichen Itza, especially in the period called Late Preclassic ( between the years 400 BCE and 200 CE) and until the arrival of the Spaniards.

The earliest periods are still poorly documented, and the evidence of the History of Chichen Itza is based solely on ceramic materials, without having identified or excavated a housing structure or any architectural construction.

The earliest evidence of architectural construction on the site corresponds to the Late Classic period, which according to the traditional nomenclature for Northern Yucatan, occurred between the years 600 and 800.

The settlement for this period in the History of Chichen Itza, according to the available data, extends over a large part of the protected area and consists mainly of large masonry terraces. Only one building has been dated so far with certainty for this period: the Sub-structure of “Los Estucos”, although the earliest phases of the Nunnery belong with great certainty to this time, and several buildings of the late classic may be covered by later structures.

In any case, during the Late Classic, it must have been of secondary importance, when compared with other contemporary developments located in northern Yucatan, such as Ek Balam, Cobá, Uxmal, Oxkintok, among others.

The developing stage in the History of Chichen Itza

Chichen Itza began its urban development during the Late Classic period, traditionally dated between 800 and 1000.

This new development was characterized by vaulted monumental architecture, of a style similar to that of the cities of the Puuc mountainous area, reason why this architecture has been denominated of Mayan or Puuc style.

Some of the most emblematic and artistic buildings in the History of Chichen Itza belong to this period, such as The Observatory, The Nunnery, The Church, or Chichancob, among some others.

One of the characteristics of these Puuc buildings is the presence of hieroglyphic inscriptions, inscribed in Maya-Yucateco language, which make constant reference to a ruler named Kak’upakal, which means “fire in his shield”, which was mentioned in colonial sources.

Such inscriptions, which are concentrated in the second half of the ninth century, were not limited to the site but appeared in nearby prehispanic settlements, such as Yulá and . Almost all the inscriptions in the History of Chichen Itza were dated with the system of notation known as Tun-Ahau, with the exception of the Lintel of the Initial Series, which holds an inscription in the Long Account system.

The Early Postclassic period, traditionally dated between the years 1,000 and 1,200 corresponded to the maximum peak of the site, which reached the dimensions and volume that we know today.

In that period there was a dramatic change with the introduction of a new architectural style, which integrated elements similar to those present in the archaeological site of Tula, Hidalgo, such as the Atlante and snake columns, along with the technique of masonry and certain elements of the previous style.

The new architectural style of Chichen Itza was named Tolteca, due to its similarities with Tula, without this implying an ethnic affiliation or a direct relationship between both sites.

During this period in the History of Chichen Itza, the inscriptions in Maya-Yucateco style ceased, being the last building that presented such inscriptions the Tzompantli also known as Temple of Sculls, dated in the year 998.

They presented abundant representations of individual characters in columns and processions, and in many occasions, the characters presented nominal hieroglyphics in a style similar to that used in the Central Mexico area.

The power of Chichen Itza during this time was manifested not only in the impressive architecture of emblematic buildings, such as the Pyramid of Kukulkán, also known as El Castillo, the Temple of the Warriors or the Great Ball Court, but also in the impressive program of sculpture in bas-relief, the murals, and the quantity and quality of the imported objects.

During the Middle Postclassic period, which is traditionally dated between the years 1200 and 1350, the city entered a period of decline.

For this reason, the monumental constructions ceased, imports of sumptuary objects were suspended, and the city struggled to maintain its dominance in the area, in the midst of political struggles that unfolded in the replacement of Chichen Itza by the city of Mayapán.

In this gradual period of loss of power in the History of Chichen Itza, the city continued, but the population dropped down considerably.

The remaining population occupied old buildings and even reused objects from the previous period, which is why it was almost impossible to find objects from their greatest period, in their original places of use or storage.

This occupation factor affects the contextual interpretations that are attempted to make about the life and customs of the inhabitants of Chichen Itza, in their periods of maximum development.

Although Mayapán inherited political power, Chichen Itza was not abandoned during the Late Postclassic (1350 -1530 AD).

Chichen Itza as a Pilgrimage center

Because it was the origin of many of the important lineages of northern Yucatán, and an indispensable reference of legitimation, it was the capital of the Sacred Cenote that became the most important pilgrimage center of the Mayan Peninsula, only rivaled by the Island of Cozumel.

The Sacred Cenote was a focus of attraction, as was the sacred character of the city that lasted until the arrival of the Spaniards.

Derived from the above, Bishop Diego de Landa came to compare the pre-Hispanic site of Chichen Itza, with the city of Jerusalem or Mecca. Also due to the number of offerings found on the banks of the Great Cenote, it was compared to the Pantheon in Rome.

When the Spanish arrived in the Yucatan Peninsula in 1517, Chichen Itza was already abandoned, but this place was still receiving visitors from all around the Mayan Peninsula used as a pilgrimage center. which means that while Europe lived in the Middle Ages, Chichen Itza had already created an even more precise calendar than the Gregorian one, its knowledge of Astronomy was much more advanced, and they handled the concept of the number zero.

Learn more about Mayan History from these Kindle eBooks

The Mayas on the Rocks, A journey through the world of the Maya, on a fun journey “on the rocks” to learn more about the history of this ancient culture. 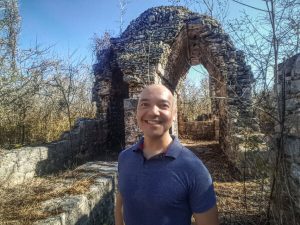 Hi, I'm Sergio, the creator of Mayan Peninsula where I specialize in publishing everything related to Mayan Archaeological Sites in the form of eBooks, audio, 360º photos, videos, and more.
I really hope you like everything that evolves from this project, if you have any questions or suggestions, you can always contact me through my email: sergio@mayanpeninsula.com 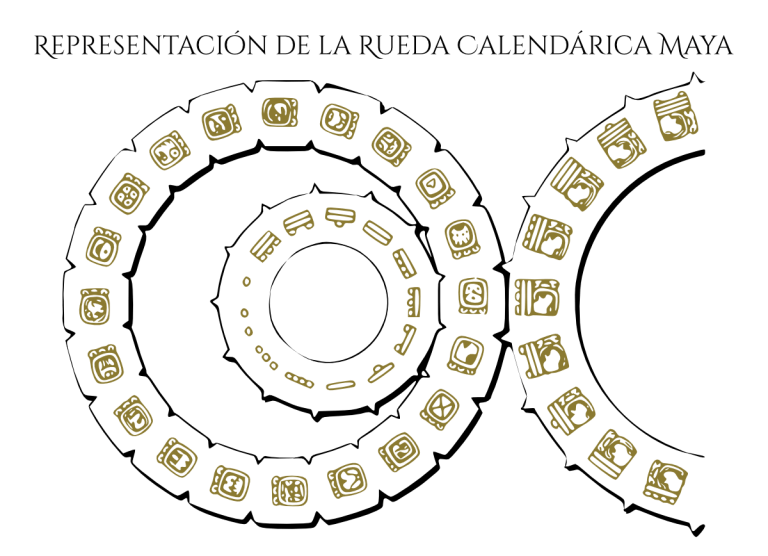 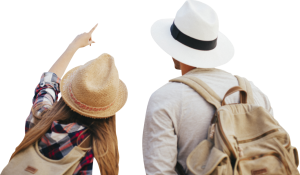 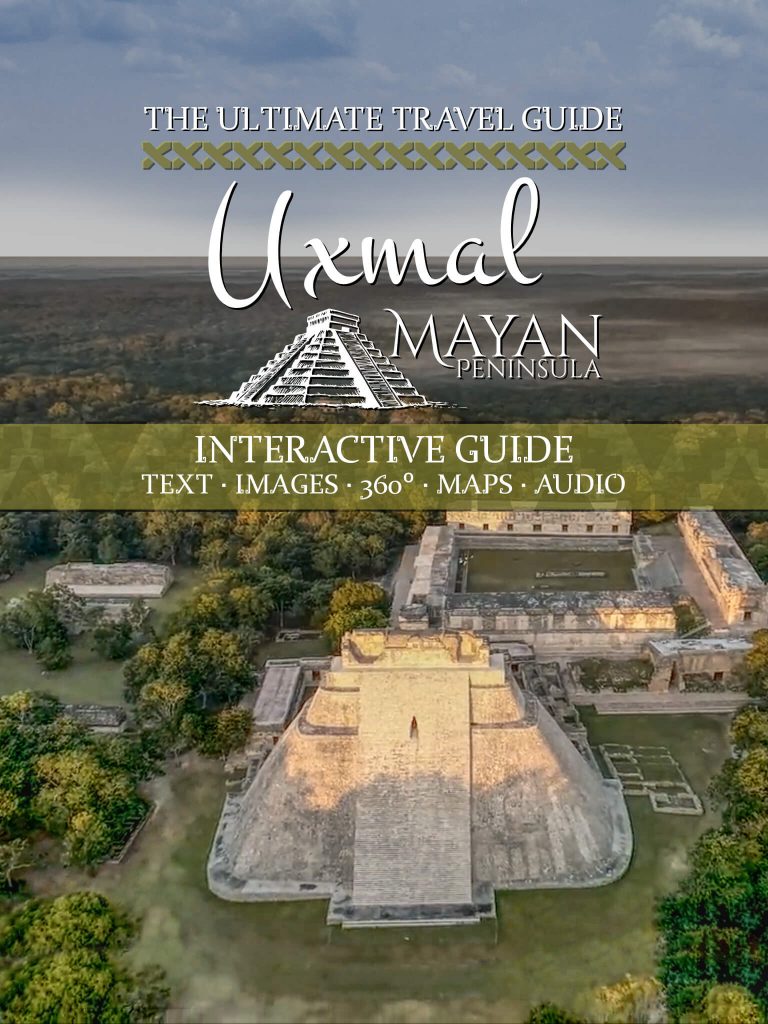